Understanding the Differences in Diamond Shapes

Understanding the Differences in Diamond Shapes

There are ten shapes that diamonds are most commonly cut in. Each shape is uniquely different and has its own special attributes. The diamond shape is truly a personal preference; you cannot go wrong in your choice (as long as it makes you happy!). At MJ Gabel we buy and sell all shapes of diamonds and are happy to educate you on the differences; here’s a start:

To learn more about diamonds and their rich myriad of shapes and what might be the best for you feel free to contact a diamond expert at MJ Gabel by calling us at (800) 804-1980 or by clicking here. 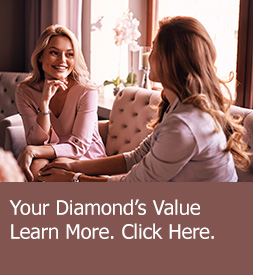